Loss of a friend

Forgive me readers as we do a bit of time traveling here.  I've had three important things happen in the last week that I really wanted to post on but that time hasn't allowed me to post about.  So we I'm making a point over the weekend to get each of these posts done as the separate posts I feel they deserve.  I also felt in the case of this first post that it was important to allow some time to pass before writing it. 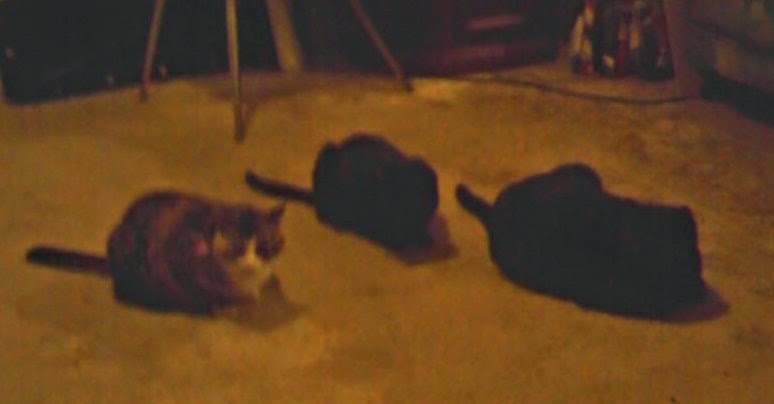 From left to right: Mcgonagall, Bib Katt Tuna, and Jabba the Kitt


Tuesday morning, March 3rd,  I was awakened by a sound that I can best describe as a the sound a walrus makes.  I glanced around the room and spotted Jabba, the kitt laying on the floor just inside my door.  I got down on the floor and talked with him as I petted him and called to tamile and naivara.  All the while we kept him as comfortable as we could and talked with him.  We knew that he wasn't going to last at that point so it was about making him comfortable, reassuring, and having our opportunity to say good-bye.  He passed away around 10am that morning.  Leaving behind Mcgonagall, and following his brother Bib Katt Tuna to the cat nip fields in the great beyond.
at 10:14