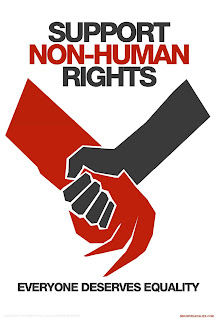 The last movie review I posted was well recieved so I thought I would do another one. This evening myself and 20 of my closest friends came and saw a special sneak peek of the New move District Nine. It was about as from last weeks review as one can get. I want to be very careful with this review because the movie has a number of twists and turns that I really don't want to spoil for anyone.

I walked in to the movie expecting a Sci-Fi action/adventure type of film. In fact I used those exact words to describe to several people who hadn't heard anything about it before called them offering a free ticket. Yes it had elements of that type of film it had a whole lot more as well. In many ways it pulled what could best be described as a Roddenyberry. It tooks series real life issues like racism and oppression and dressed it up in a Science Fiction story and made it entertaining and enlighting.

This movie is not for everyone, it is graphic in the extreme and doesn't hold back on anything. The human body falling apart as it transforms can be and often is a gross and disgusting thing. Which is exactly what they show it to be. So like I said not for everyone, if you have a weak stomach or suffer from motion sickness you will want to give this one a miss or at least see it at home where you can pause it as you need to.

The whole movie takes a bit of a page from Cloverfield and is shot from the point of view of a camera crew that is following the main character. It also includes footage from security cameras, and it is all spliced together. This type of footage makes for an interesting story it can make it a little harder to follow.

Finally I want to touch on two more points before I finish up. First is the level of the special effects. While this is a Science Fiction movie they didn't require big budget special effects. The ones it did have looked amazing. The aliens walking about the massive ship hanging high in the background. The strange Alien weapons all of which looked great and had really good effects for when they were shot. But the highlight of the effects came towards the end of the movie with the believable alien mecha that walked and fought its way through District Nine. The final point was brought up by a long time friend of my who is a member of the military. The scenes with the army where accurate. He normally picks apart movies with soliders in them for inaccuracies but in this one the only complaint he had was that the fins of the an RPG (Rocket propelled Grenade) Didn't deploy like they should have.

The pictures in the blog where used both in the movie and where also part of a viral Marketing campaign.