Good evening one and all

I just came home from the most amazing movie premier. Now am lucky and I get to go to a fair decent number of movie premiers, a lot more then your average person. It helps to have a really good friend who promotes movies for the studios.

Set during the height of the First World War, Passchendaele tells the story of Sergeant Michael Dunne (Paul Gross), a soldier who is brutally wounded in France and returns to Calgary emotionally and physically scarred. While in the military hospital in Calgary, he meets Sarah (Caroline Dhavernas), a mysterious and attractive nurse with whom he develops a passionate love. When Sarah's younger asthmatic brother David (Joe Dinicol) signs up to fight in Europe, Michael feels compelled to return to Europe to protect him. Michael and David, like thousands of Canadians, are sent to fight in the third battle of Passchendaele, a battle against impossible odds, commonly known as "Passchendaele". It is a story of passion, courage and dedication, showing the heroism of those that fought in battle, and of the ones that loved them.

So here is the trailer 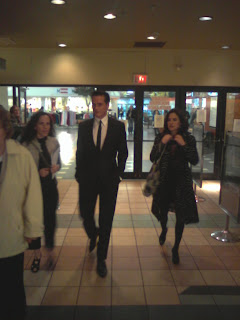 The two of them as they walked in 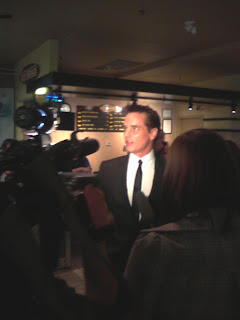 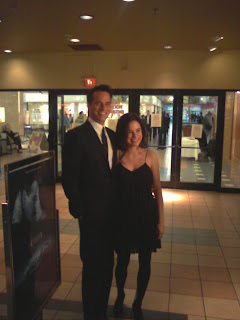 The pair of them 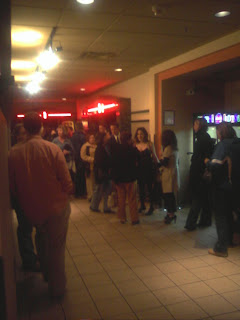 After the movie there was a Q&A Session but it was to dark for any good pictures. But here is another one of them signing a few autographs as people were leaving.

It really was a great movie and very enjoyable I would recommend it to anyone. After the end of the movie it was very touching during the Q&A session to here how moving it was for some of the veterens who had come out to see the movie. In fact as Paul was leaving the theater one of them back him to pins for the black devils squad which seen in the movie. 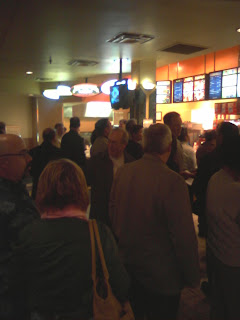 Oh the guy in the centre of the picture looking back from the concession counter. That is the mayor of Winnipeg waiting in line for his own pop corn. Way to go Sam Katz its good to be one of the average people.

I like war movies. But I'll have to wait for this one to be released here in Brazil.